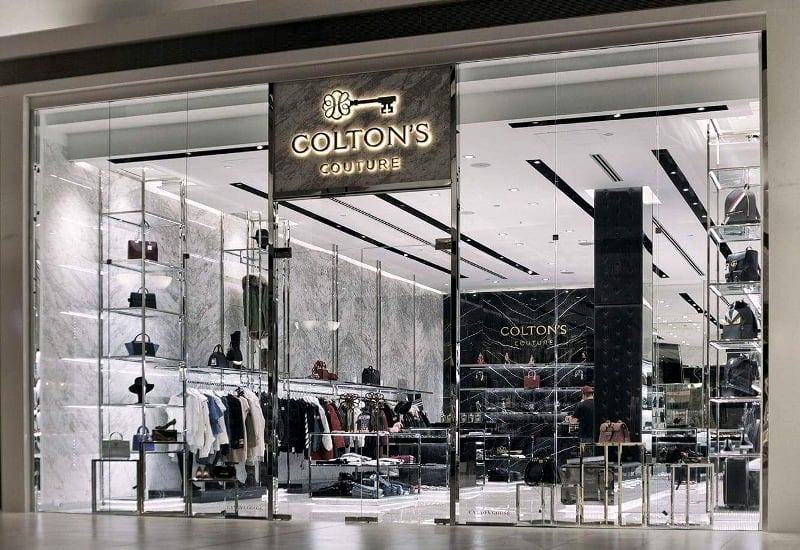 In 2012, an online entrepreneur launched an incredible venture in luxury shopping from a 15th-floor penthouse due north of CF Richmond Centre. ‘Colton’s Personal Couture’ was a private shopping club with a $25,000 membership fee and interior design inspired by the Parisian elegance of Dior.

Having made his fortune by strategically creating, building, and selling online luxury merchandise sales hubs, founder Howard Colton was seeking a new challenge. One that was more personal and involved a higher level of customization, than the typical online sale offered. 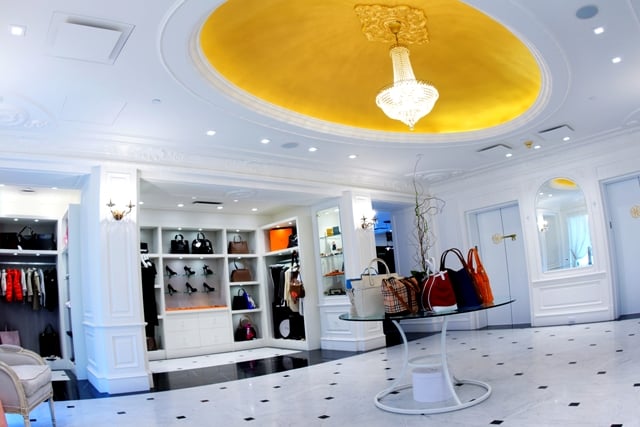 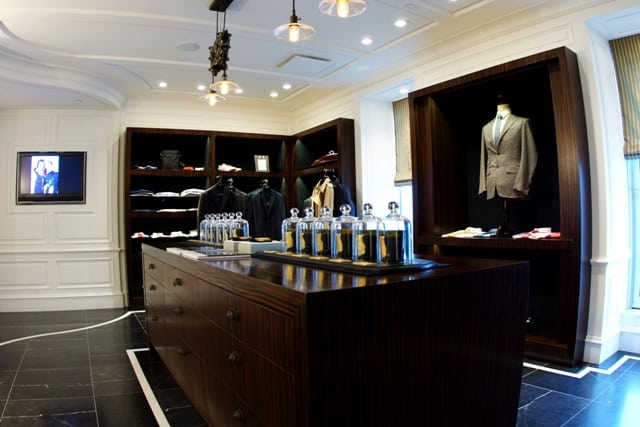 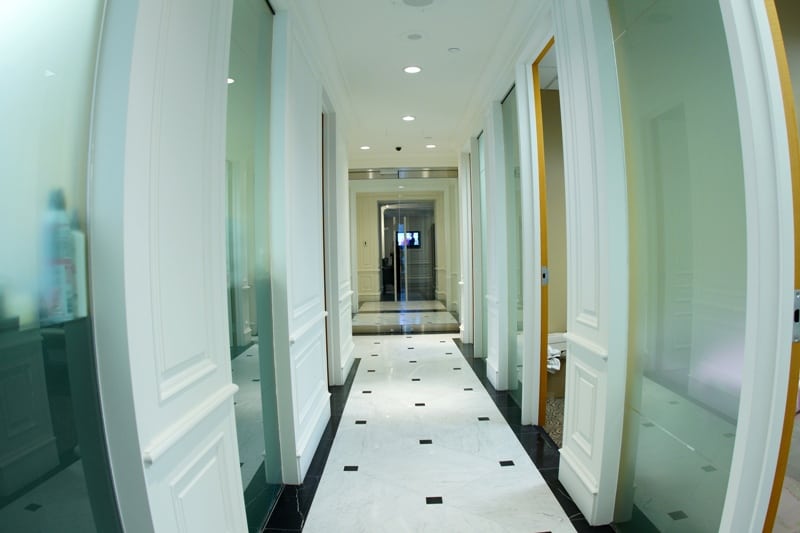 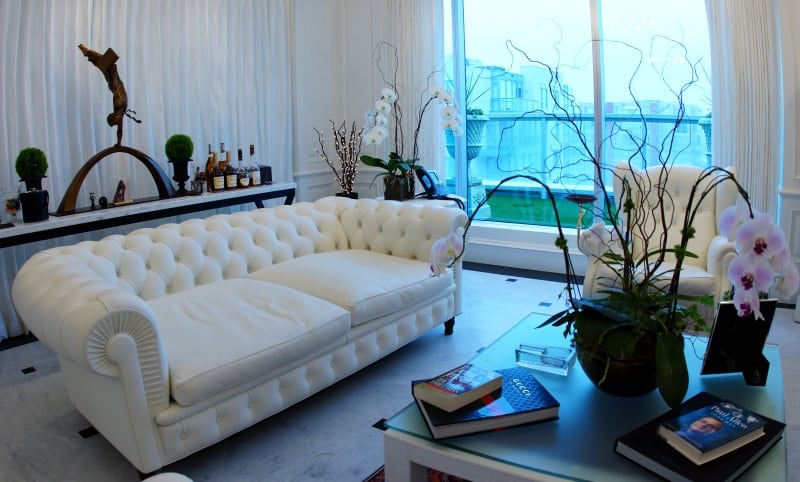 The penthouse was stocked with a highly curated selection of men’s and women’s luxury brands, a host of additional services and the launch received a swath of media attention by Canada-wide dailies and weeklies. Catering was exquisite, valet parking complimentary, and Showcase Piano’s Manuel Bernaschek loaned the event a white $165,000 F183 Fazioli to accompany Mexican soprano Mariana Valdes and pianist Austin Nash Park. Guests were primarily well-heeled Asians, and the runway show of the season’s hautest looks was devoured.

With a build time of one year and a $3M investment, the 5,600-square-foot penthouse emerged dripping with chandeliers, $500,000 in luxury brand merchandise, customized private shopping suites, art-filled His and Hers washrooms, a 3,000-square-foot continuous exterior greenway with various lounge areas for guests, and limousine service to retrieve and return members as they wished.

While lauded at the time as being ostentatious, it was also before the bloom of private shopping now found everywhere in the city from Holt Renfrew to Top Shop. With rows of Prada, Gucci, Balenciaga, Tom Ford and Etro, Howard Colton was unapologetic and four years later in 2016, his daughter Emanda suggested that they venture into retail.

Vancouver’s Alberni Street ‘Luxury Zone’ was in full bloom and the demand for luxury goods was rising with the west coasts Asian influx. The Lower Mainland had more than enough wealthy inhabitants to take a chance on a one-stop shop that catered to those who had the means, who may not necessarily have the time nor desire, to spend the day shopping downtown. Howard Colton was intrigued by how successful it could be and his instinct told him the time was right.

With the concept of a bricks and mortar location filled with a curated selection of the best-of-the-best of the luxury brands offered in one location, ‘Colton’s Couture’ was launched as a pop-up in Oakridge Centre. Sales were impressive and soon the ink was dry on a lease. The location was a modest 900-square-feet and with a $500K investment, the boutique was up and running within four months. 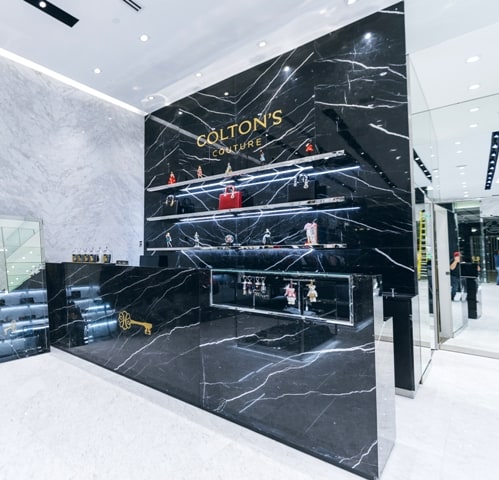 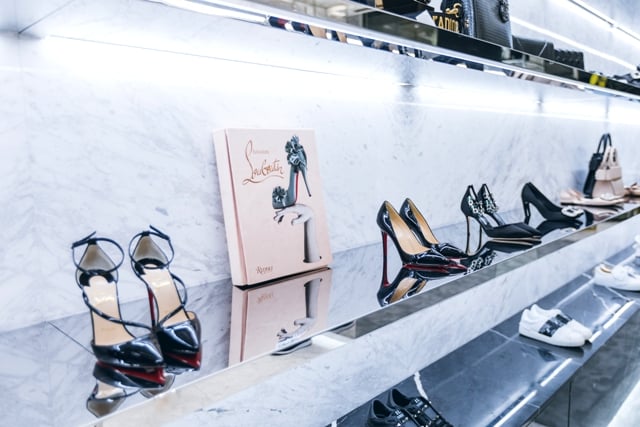 At almost double the size of Oakridge, the 1,500-square-foot CF Richmond Centre location followed in October 2017. Heavily inspired by the modern St. Laurent boutiques, with a six month build time and a $1M+ investment, the marble and chrome interiors look stunning. Colton relays that the store is the top-performer in the mall, beating out the second place at four times the sales per square-foot. To date, the store has passed $3M in sales with $7M being anticipated by year-end. “Shoppers are enjoying the one-stop shop approach where they can see a mix of brands and always find something they like,” says Colton, “and when the merchandise is customized for each store to match the demographics of the community, everyone is happy.”

Colton’s Personal Couture was closed in 2016 but plans to re-launch in time for the 2018 winter holiday season are already underway while company simultaneously completes design on the largest edition of Colton’s Couture which is slated for late summer in Metropolis at Metrotown. The 2,100-square-foot Metrotown store will be a mixed modern theme of stainless steel and glass interiors with a contemporary bent.

Acknowledging that every retailer cannot possibly sell everything in their stores and with three locations operating by the end of 2018, a 1,500-square-foot McArthurGlen Outlet store is in the works for 2019.

“We are considering expansion in Canada. Thinking Ontario, in particular outside the Toronto metropolitan area. Definitely not Yorkville, Colton’s Couture thrives away from the luxury department stores, possibly Markham or the Sherway Garden area,” explains Colton.

Having made a successful transition from anonymous online luxury brokering to successful in-person sales at bricks and mortar locations, Colton’s Couture anticipates employing 75 people by the end of 2019.

(A longer version of this article with my byline was originally published in Retail-Insider.com)