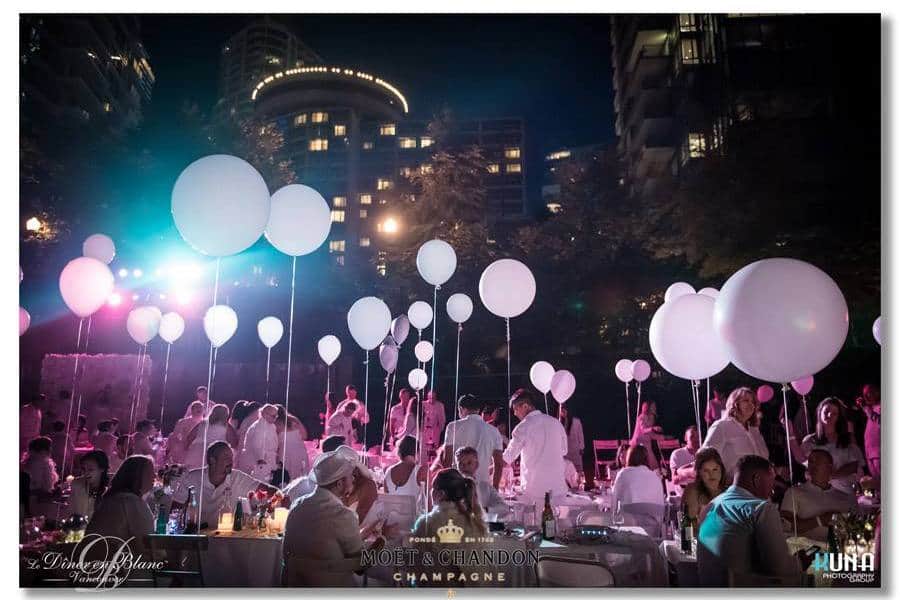 Diner en Blanc, the exclusive invite-only outdoor dinner party was held near Stanley Park this past August with 6,000+ attendees. Situated on either side of the Weston Bayshore, Coal Harbour’s Devonian Harbour Park and the Harbour Green Park provided two beautiful ocean-side backdrops to the all-white spectacle. With the locations a mere 20 minute apart, later in the evening, VIP guests took delight in visiting both either by foot on the seawall or golf cart shuttle.

While vast green space within metro Vancouver is limited, the organizers, Vancouver’s The Social Concierge, have been able to secure suitable locations with aplomb. In past years guests have set-up their tables at David Lam Park, Jack Poole Plaza, Concord Plaza, and Canada Place.

Guests enjoyed entertainment – live music and dance performances, pop-up art installations, and even the opportunity to win a $5,000 trip to Paris for two to attend the Paris Diner en Blanc in 2018 sponsored by Daily Hive.

PRE-PARTY AT THE H2 RESTAURANT

Guests arrived by chartered bus, shuttle, public transit, taxi, and/or on foot to the location – which had been secret until being revealed mere hours before by email. Table Leaders assigned seating arrangements and set-up commenced.

Once all guests were settled in, sipping, and creating memories at the Blooms and Paper flower wall, host Tyson Villeneuve, graciously welcomed all and prompted the ceremonial napkin wave at 6:45 pm signalling the official beginning of the world-wide dinner party.

At 8:30 pm, after meals had been consumed and bubbles topped up, the second traditional moment of the evening was undertaken. Guests lit sparklers and created a sea of dazzling glitter against the starry night sky. At 9:45 pm a trumpet sounded to alert revelers that the evening was coming to a close and to begin clearing and packing their tables and chairs for departure.

At 10:00 pm, those who were in no mood to go home, adjourned in the grand concourse of the Westin Bayshore and continued the evening dancing to bumping beats.

Launched with just a handful of friends by François Pasquier nearly 30 years ago, Le Diner en Blanc de Paris now assembles over 10,000 guests every year, and in 2013 a record 15,000 people attended the events the 25th anniversary!

Many of the French capital’s prestigious sites have played host the event over the years: The Pont des Arts, the Eiffel Tower, Place Vendôme, and the Château de Versailles.

This al fresco event is not only in Vancouver. Over 70 cities worldwide (17 in Canada including Halifax, Niagara, Grand Moncton, and Fort McMurray) celebrate at secret locations each year. Delighting in the history, the event is not only held in Paris but in international locations such as Singapore, Johannesburg, Stockholm, Shanghai, New York, Mexico City, Montreal, Hong Kong, and Melbourne.

THE WHY OF DEB

While many decry the event as one for the elite, others are drawn to be part of the larger-than-life spectacle believing that not everything in life should be easy. DEB welcomes all, no matter your income, age, or geography, by following a three stage process involves seating preference to guests who attended the previous year, those referred by said guests, and then finally those who enjoy the luck of the draw from the lengthy guest list.

Many guests enjoy planning their wardrobe, the perfect meal, and all the accoutrements that go into this evening of wonder. For those who wanted to simplify the process, there was the option of choosing pre-ordered meals (four- or five-courses) for an additional fee. Created by Chef Brett Turner and the team at Cocktails & Canapes, these boxed meals were picked up upon arrival.

For those who have not experienced Diner en Blanc Vancouver, visit The Social Concierge website and subscribe for email notifications and invitations to upcoming events. In January 2018, we suggest purchasing Le Passeport for announcements to all TSC events and extra perks that members enjoy.

As another Diner en Blanc fades into memory, enjoy these extraordinary images by Kuna Lu Photography, and know that DEB will live on through the thousands of social media posts generated, and will return in 2018 with a new location, amusements, and entertainment. 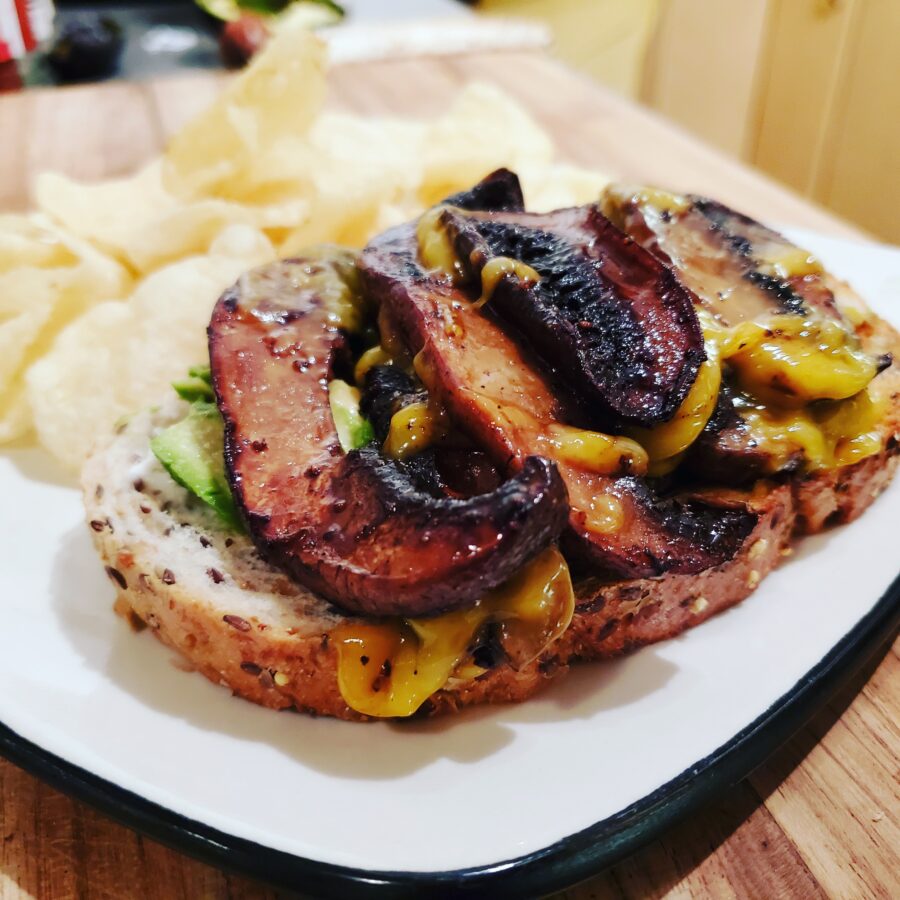