EcoLux☆Lifestyle: Fashion Santa Slays While in YVR for Indochino Shoot 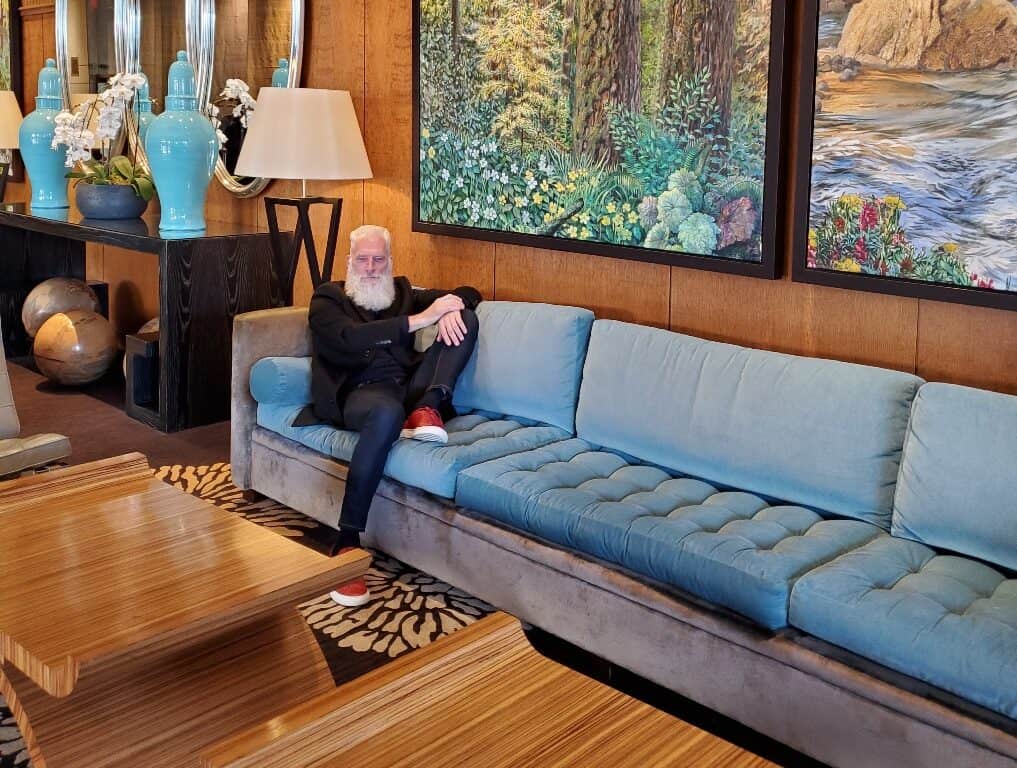 In the city for a shoot with made-to-measure suiting brand Indochino, Paul Mason (aka Fashion Santa) waits in the lobby of the Four Seasons, for his driver, to head to the airport. He recently wrapped at the historic Britannia Mine in Squamish, BC, and prepping for his next engagement. 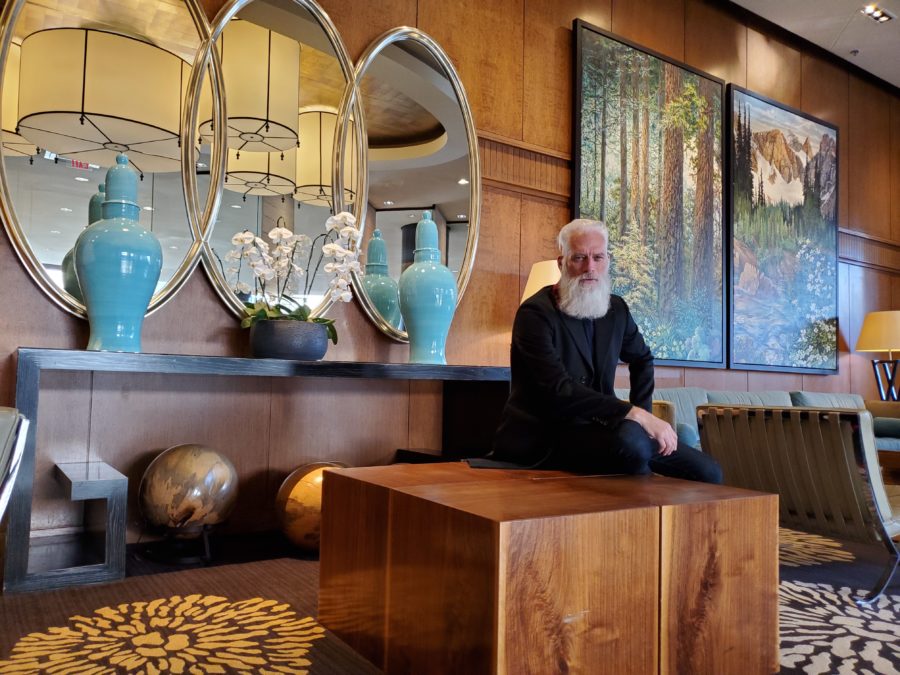 Given the short window, I am rushing to meet with Paul, with hopes to catch a glimpse of the non-steely side of this professional model. He has built a reputation as one of Canada’s most notable male models and has worked with well-known designers like Gianni Versace, Donna Karan, Armani, Moschino, Dolce & Gabanna, and walking for Dior. Even more impressive is the fact that he has been photographed by the legendary Peter Lindbergh. 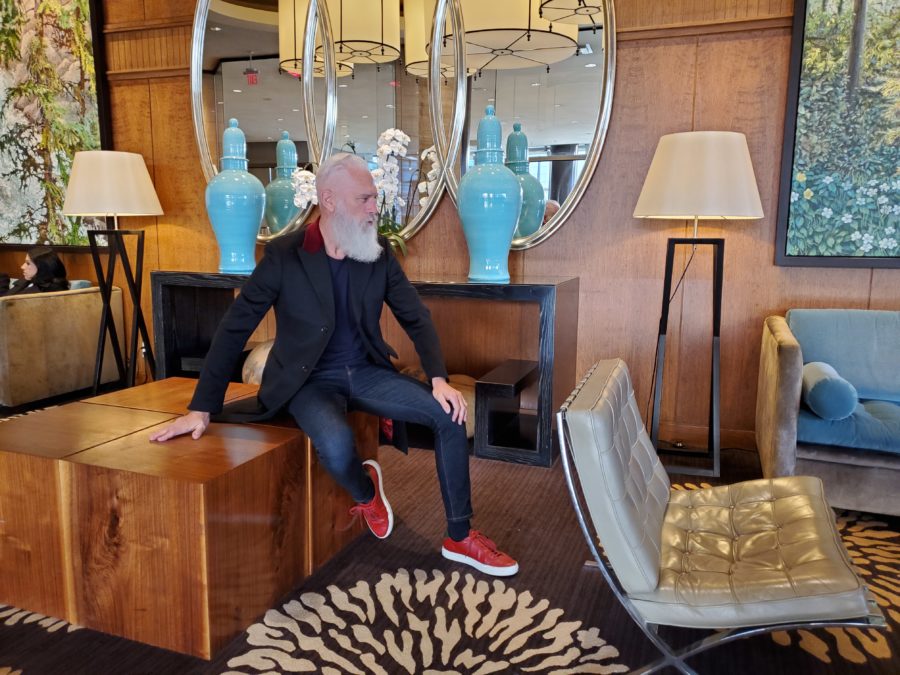 Paul Mason lights up in a way only someone dubbed the Fashion Santa can. With an encompassing embrace in the lobby of the prestigious Four Seasons Hotel in downtown Vancouver, he greeted me with energy, warmth, and curiosity. The white-bearded man inside the suit is eager to let the world know who he is.

His Fashion Santa persona saw unexpected success after appearances at Toronto’s Yorkdale Mall during the winter of 2015 went viral. Mallgoers took selfies with him in exchange for donations to local charities. Several years after his first appearances, he has trademarked the Fashion Santa brand and is always on the go, making appearances and raising money for charities.

Mason has supported the Sick Kids Hospital, Terry Fox Foundation, and Hope Springs Cancer Research Centre, and ensures that every Fashion Santa experience continues to be tied to a charity or non-profit organization. “I want to go everywhere with this character,” says Mason. “[I want] to raise awareness and money for charities all over the globe.” His new charitable partnerships include the Heart and Stroke Foundation, and yet unnamed environmental initiative.

His media appearances have not only become more frequent but also involve trying new things, like shooting a recently released fragrance commercial for Paco Rabanne. This stylistic complex desert shoot featured the original stunt vehicles from the film Mad Max: Fury Road and a jean vest-clad Mason observing from the doorway of a vintage Airstream trailer.

Mason will be completing a six-city tour with Ritz Carlton Hotels (outfitted in Indochino) and is looking forward to a speaking engagement in Moscow in the new year. Mason says that this travel schedule can be demanding, but by the time he is taking selfies with fans, it is all worth it. Meeting supporters of Fashion Santa is what keeps him motivated, and he knows that the more personal connections he creates, the greater his philanthropic impact will be.

There is nothing but optimism for the future of the Fashion Santa persona, and one gets the feeling that this is because of Mason’s prolific career. He knows how to make the most of the spotlight and find opportunities to grow.