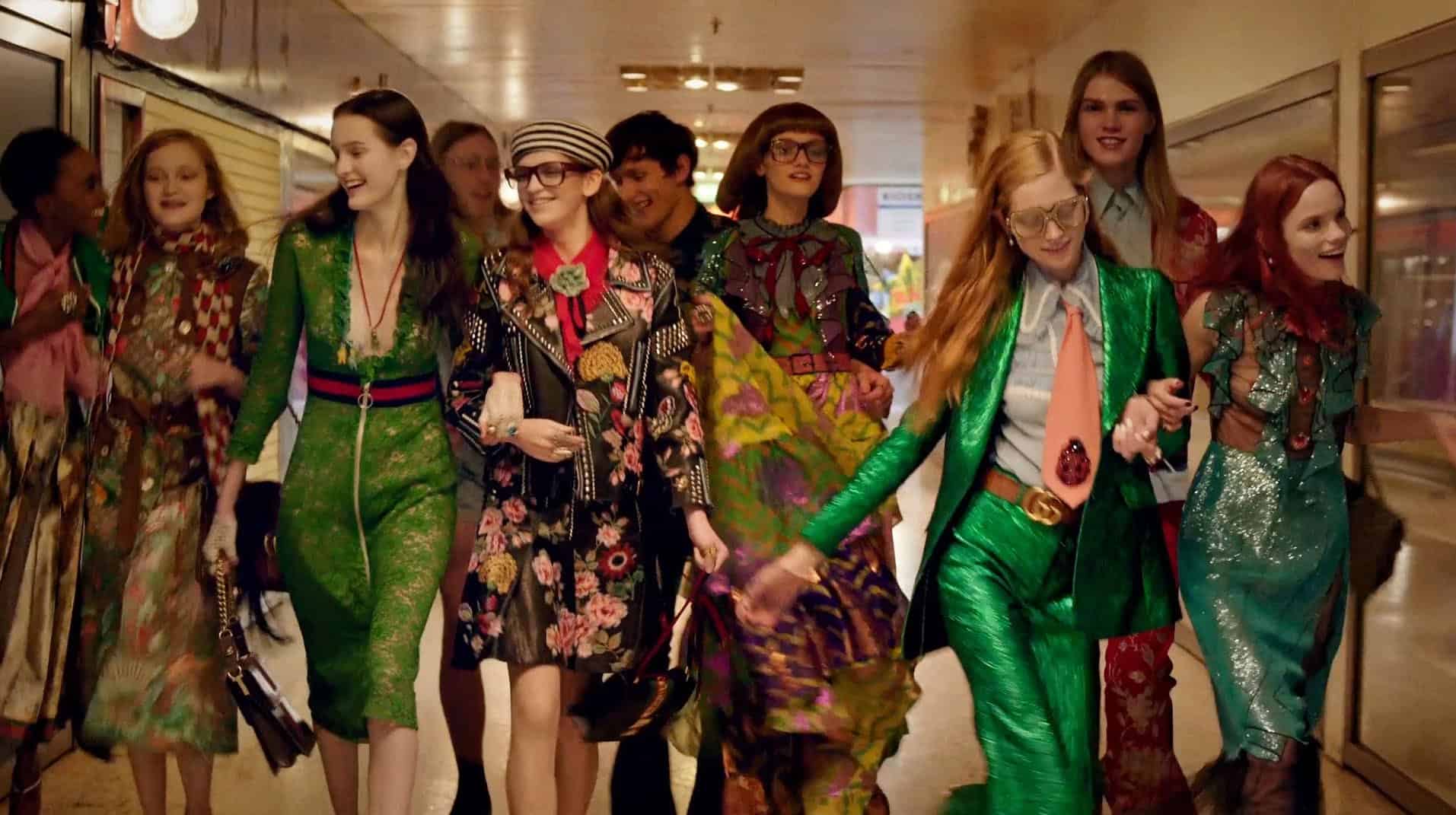 In the midst of his creation – a smoky nightclub with pink velvet banquettes, mirroring, and stretches of matching carpet – Gucci Creative Director Alessandro Michele spoke solemnly of the elaborate stage he had set. “You know, when you are in love, in a nightclub, but you are not in the right place. The person is not there?” He wishes to evoke a feeling of being forlorn and alone while being beautifully dressed, and instructs the models to appear most solemn in their runway presentation.

After taking the helm of Gucci two years ago, Michele’s imagination and craftsmanship have taken the house to heights of frivolity and wonder. An adversary of streetwear and anything mundane, his collections continue to push against luxury fashion boundaries and blur gender lines with every embroidered stitch. Adding to Michele’s exuberance for the high—octane glamour version of Hollywood starlets shows no sign of waning in the Spring/Summer 2017 collection. Elaborate encrusted sunglasses, floral scarves, studded epaulets, flouncy headpieces and turbans atop organza and tulle ball gowns of wondrous proportions.

The collection is also adorned with words such as ‘Loved,’ ‘Modern Future,’ and ‘Cemetery.’ His favourite number ‘25‘ is translated to ‘XXV’ and appears on the bodice of a three-tiered tulle gown, highlighting an appliqué of a bejewelled dagger piercing a stylized heart.

The eccentric nature of the outfits is the incorporation of 1970s disco flash, 1980s short and so tight skirts, and over-the- top eyeglasses and hats.

‘Thrift shop chic‘ has never been as  desirable as it is right now and with the  DIY customizations offered with the S/S17 collection, Gucci will continue to be an innovator in the realms of opulence In pattern, embroidery, and colour. 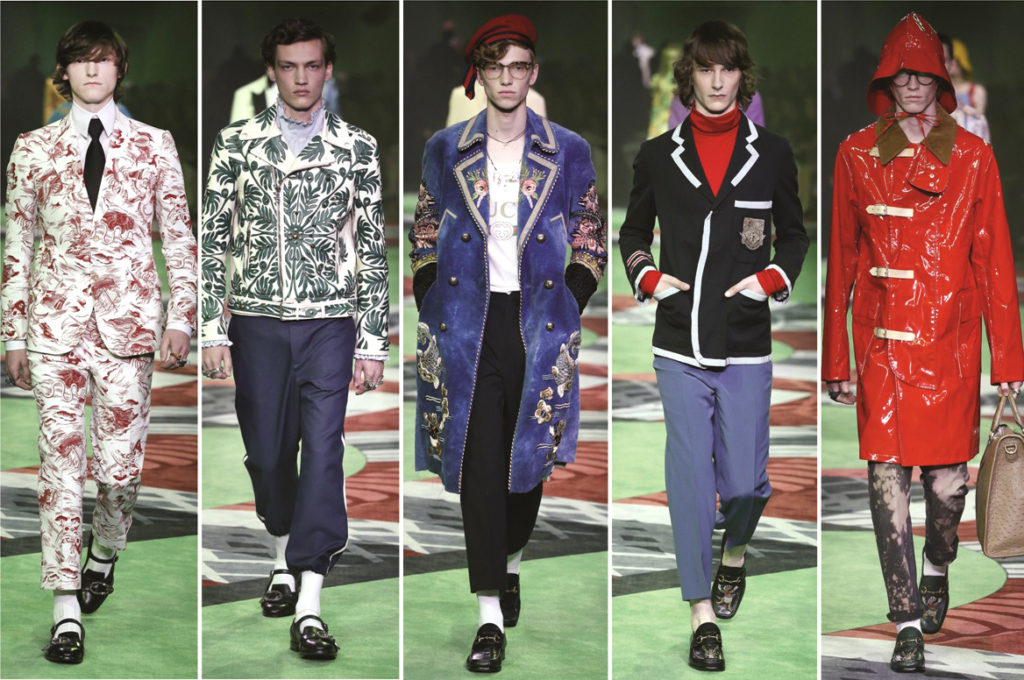 With a runway staged inside a vast warehouse on the outskirts of Milan, Gucci ventured away from the traditional and into new show space. While industrial on the outside, the interiors were saturated with padded walls, plush grass green carpets replete with a wending claret-coloured snake, and lighting that was reflective of the hidden depths of the lush jungle. This is all part of the eclectic Neo Vintage vision of the brand’s Creative Director, Alessandro Michele.

Slim models traversed red mist—veiled runway to a soundtrack which included proteon music project AEONN, French composer Yann Tiersen, and Canadian Sarah Neufeld‘s haunting “From Our Animal.” The 69 looks presented, which included a mix of men’s and women’s, were vibrant and electric, obsessively saturated with appliqué,’ embellishment, and cartoon imagery.

This season, the addition of a 1970s influence to Gucci‘s already enigmatic collections results in a subtle touch in a redefinition of shape. Striking Cuban heels, slim-fitting trenches, cropped satin bombers and exquisite embroidery brought a fresh youthful zest to the collection.

The influence of Chinoiserie on Michele continues to be strong and as such, Gucci embraces the traditional imagery using the ancient tree of life, climbing vine patterns, and stylized floral bouquets, throughout the collection.

“I like the idea of a journey, like Marco Polo,” said Michele backstage amidst the chaos. “I hate travelling but there are many ways to do it, whether in your mind, or in changing the tapestry of a chair, or through the pages of a book.”

In 2015, Vogue invited readers to meet the ‘unknown’ Alessandro Michele. From then until now, Michelle has continued to excite and confuse with collections that are wonderfully quirky, gender-bending, and charmingly childlike.

(This article was originally published with my byline in HLM Magazine).