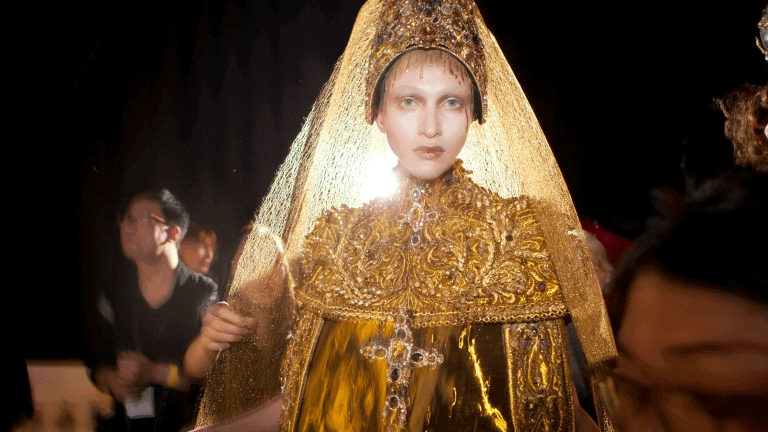 At 51, Guo Pei is China’s most renowned couturier and for 20 years her pieces have showcased traditional Chinese craftsmanship with the incorporation of Western and contemporary elements.

The western world most likely first heard of Guo Pei from the dramatic entrance that Rihanna made on the 2015 Met Gala staircase, where all eyes were on the elaborate canary-yellow fur-trimmed cape that flowed behind her. Constructed over two years from fifty-five pounds of shimmering silk and layers of exquisite embroidery, the dress and train epitomize the detail and craftsmanship of the designer. For what seemed like an eternity, both Rihanna and the world stood still and held its breath. The entrance went viral and the worldwide audience gaped at the opulence and sheer magnitude of the creation. 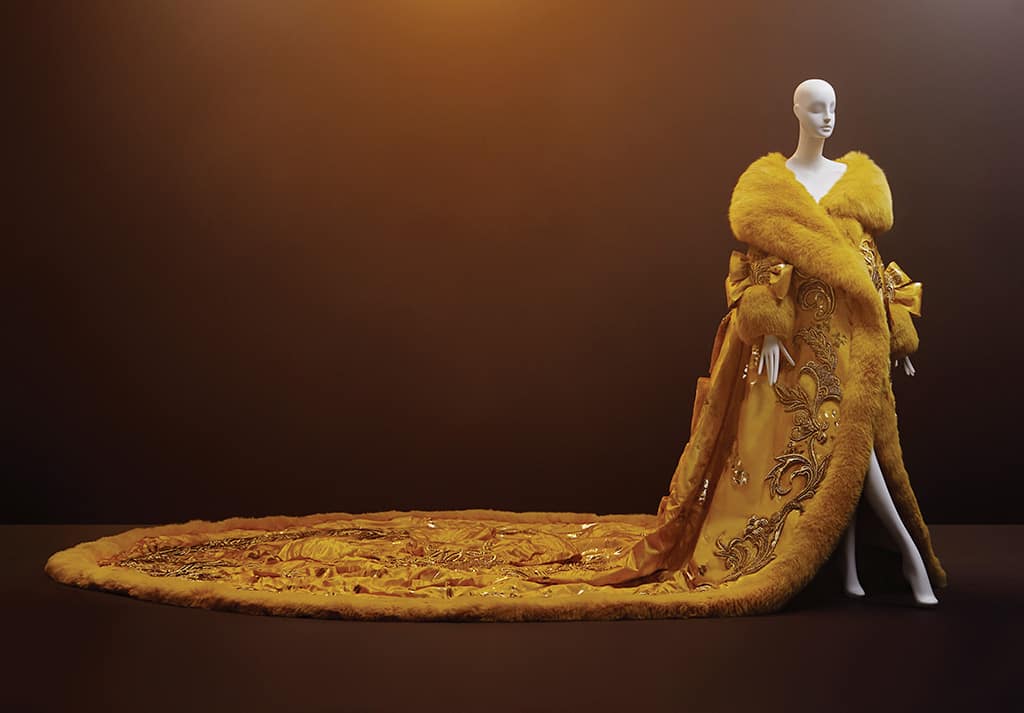 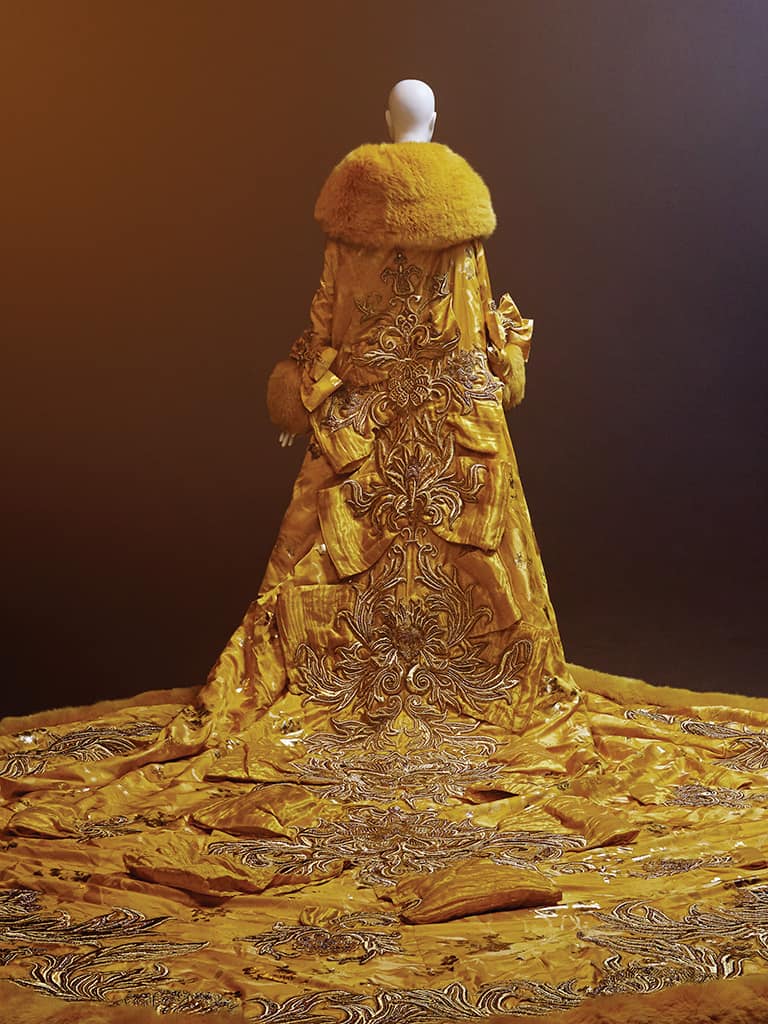 On October 11th, the Vancouver Art Gallery will launch the Canadian Premiere of ‘Guo Pei: Couture Beyond.’ More than forty pieces from her most iconic runway shows will trace the evolution of her designs over a ten year period.

Tracing the evolution of Guo’s design sensibility over ten years, Guo Pei: Couture Beyond begins with significant examples from her early collections, Samsara (2006), An Amazing Journey in a Childhood Dream (2008) and 1002 Nights (2010), with a lively installation in the Gallery’s rotunda of the collection from Guo’s 2015 MAC Cosmetics collaboration. 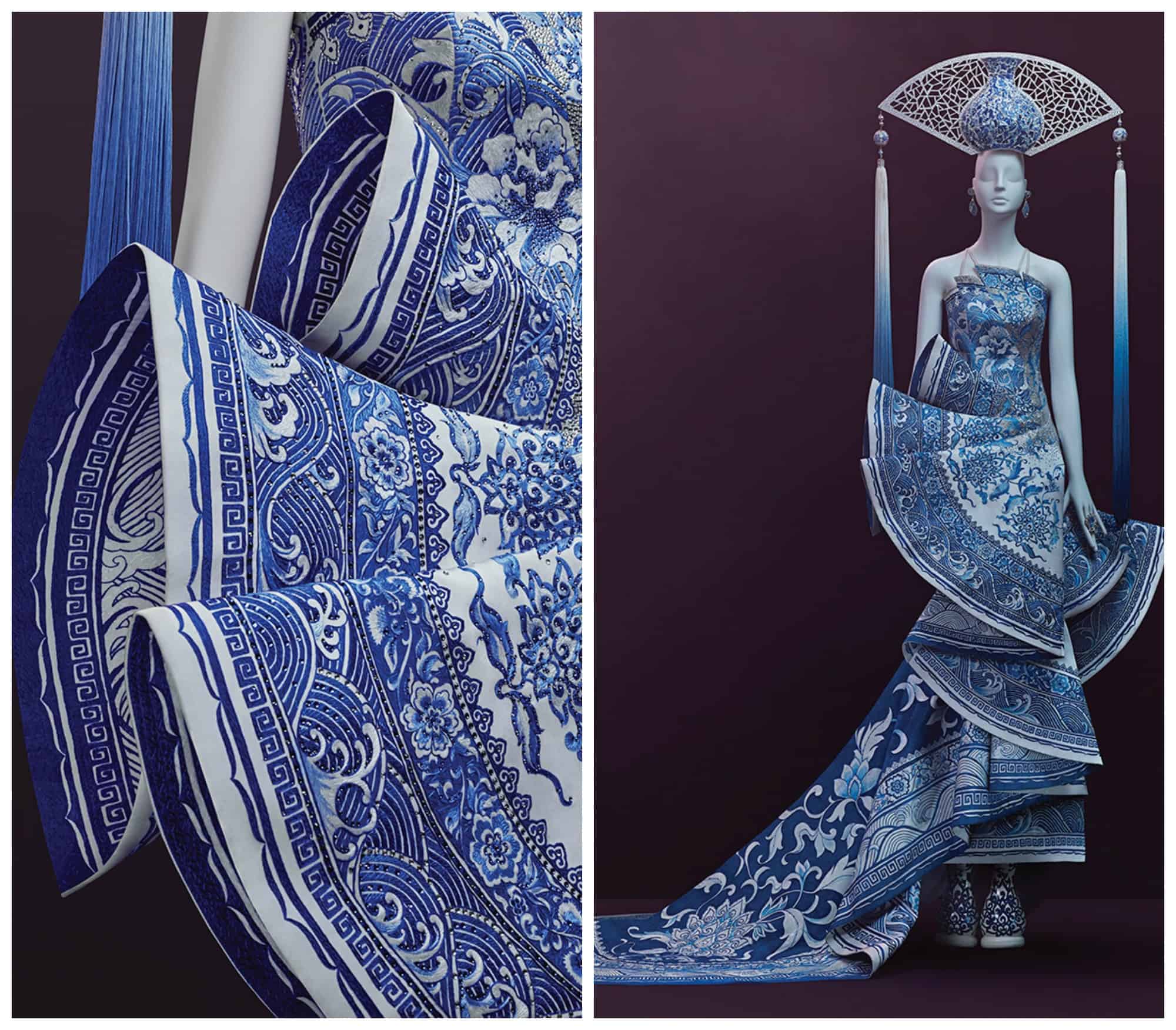 It continues with a number of works presented in Guo’s Legend of the Dragon (2012) collection, which animates the mythical dragon motif that figures prominently in the Chinese zodiac. Guo’s critically lauded Paris Collections conclude the exhibition: shimmering metallics from Encounter (fall 2016) and ornate garments inspired by Switzerland’s Cathedral of Saint Gallen in Legend (spring 2017).

“Guo Pei’s pursuit of excellence is unmistakable in every stitch of her creations. Each of her designs is a masterpiece and feat of craftsmanship that will undoubtedly captivate fashion-savvy visitors and art-lovers alike in this Canadian premiere,” says Kathleen S. Bartels, Director of the Vancouver Art Gallery. 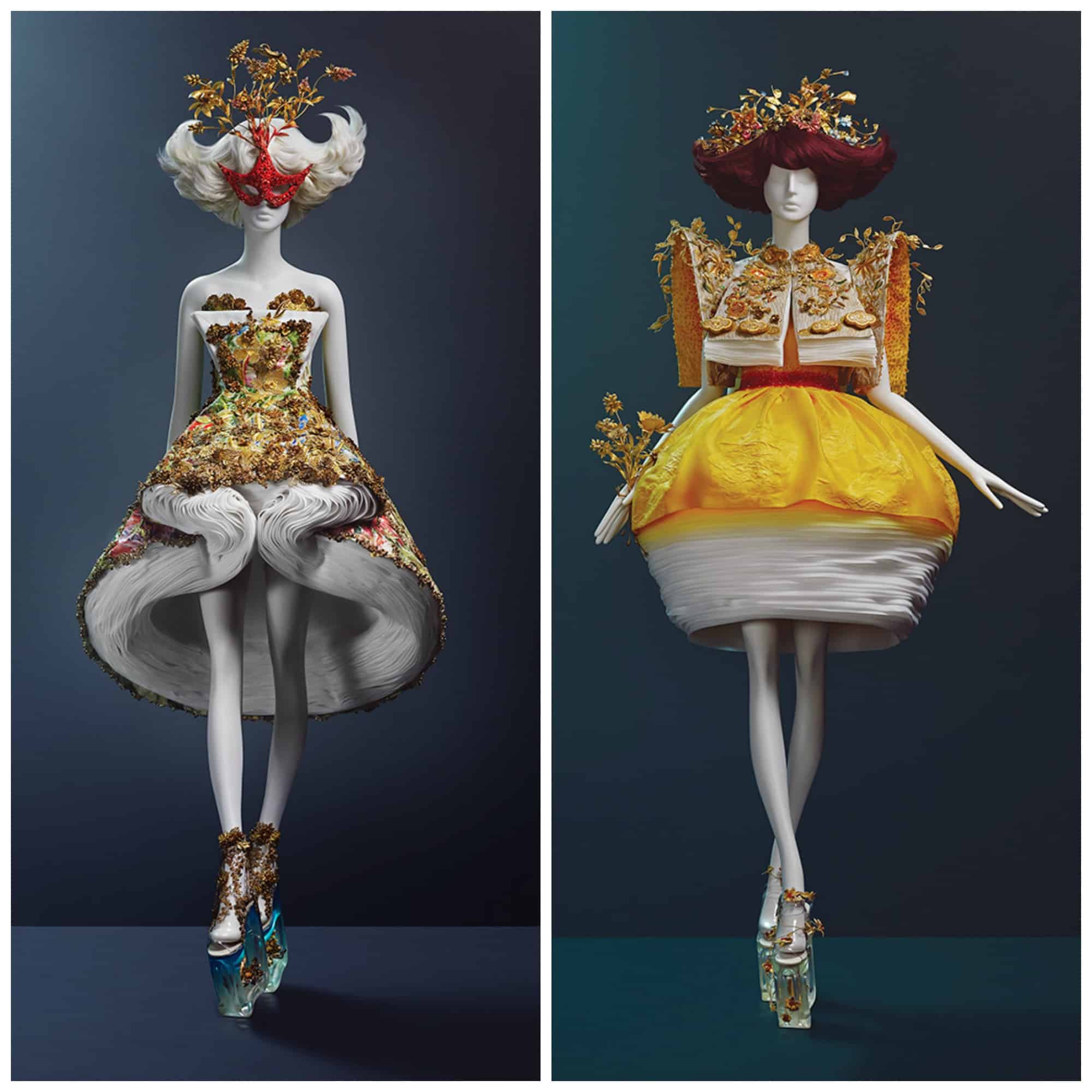 Guo graduated from Beijing School of Industrial Fashion Design in 1986 and in 1997 launched her label and atelier. Rose Studio is a non-descript 3-story building located in an industrial park where dozens of tailors, pattern cutters, and needlewomen create garments of grandeur. Guo employs nearly 500 skilled artisans at various locations who dedicate their precise and nimble hands to production as many items take thousands of hours and up to two years to complete.

Perhaps the highest honour bestowed to a designer is to be invited to join the Chambre Syndicale de la Haute Couture. In 2015, Guo was honoured to receive this invitation which includes the opportunity to show at Paris Haute Couture Week in 2016. 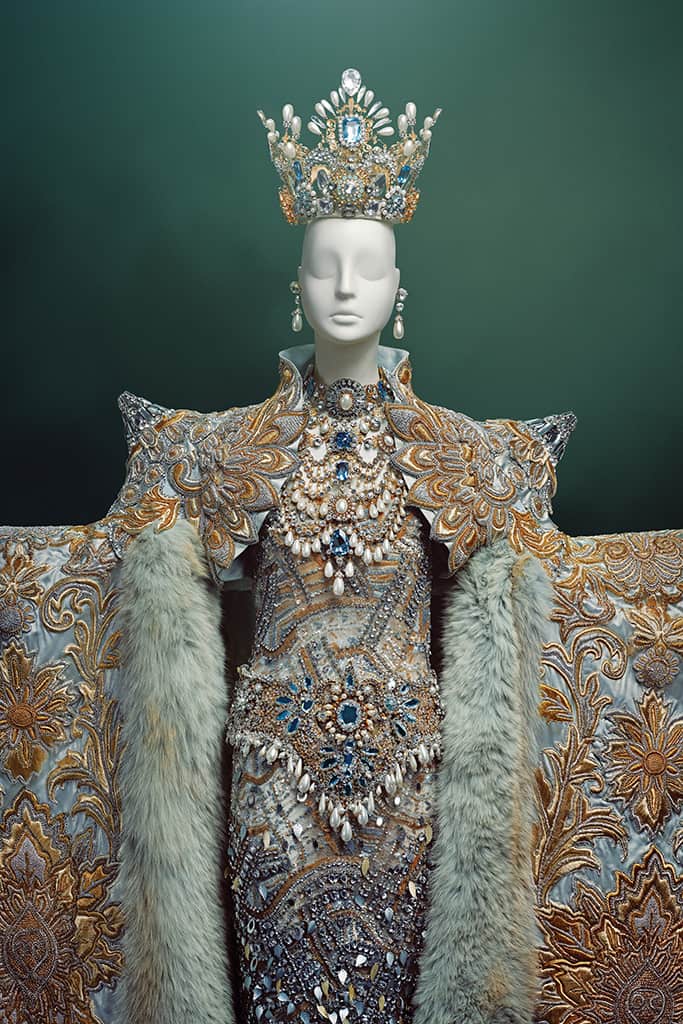 While her designs and dedication to haute couture have received wide critical acclaim, Guo does not seek the spotlight. She is a Teddy-bear collecting wife and mother of two living in a northern suburb of Beijing who also happens to be one of TIME magazine’s 100 Most Influential People and is listed in Business of Fashion’s 500 as one of the most influential people shaping the global fashion industry.

Guo Pei and Bronwyn Cosgrave in Conversation
Date: Tuesday, October 9 at 7:00 PM
Location: Fairmont Hotel Vancouver Pacific Ballroom
A talk with designer Guo Pei facilitated by renowned fashion journalist and best-selling author Bronwyn Cosgrave. Presented in both English and Mandarin, this event will shed light on Guo as an artist whose medium of expression is fashion while examining the designer’s oeuvre of contemporary works revitalizing long-lost traditions.
Tickets: $30 for Non-members, $27 for Members, $25 for Students/Seniors – now on sale at vanartgallery.bc.ca

VIFF Partnership: Film Screening of Yellow is Forbidden
Screenings: Sunday, October 7 at 12:45 PM at International Village Cinemas;
and Wednesday, October 10 at 6:30 PM at the Vancouver Playhouse
New Zealand director Pietra Bretkelly’s 2018 documentary follows designer Guo Pei during her preparation for the Spring/Summer 2017 show at the La Conciergerie in Paris.