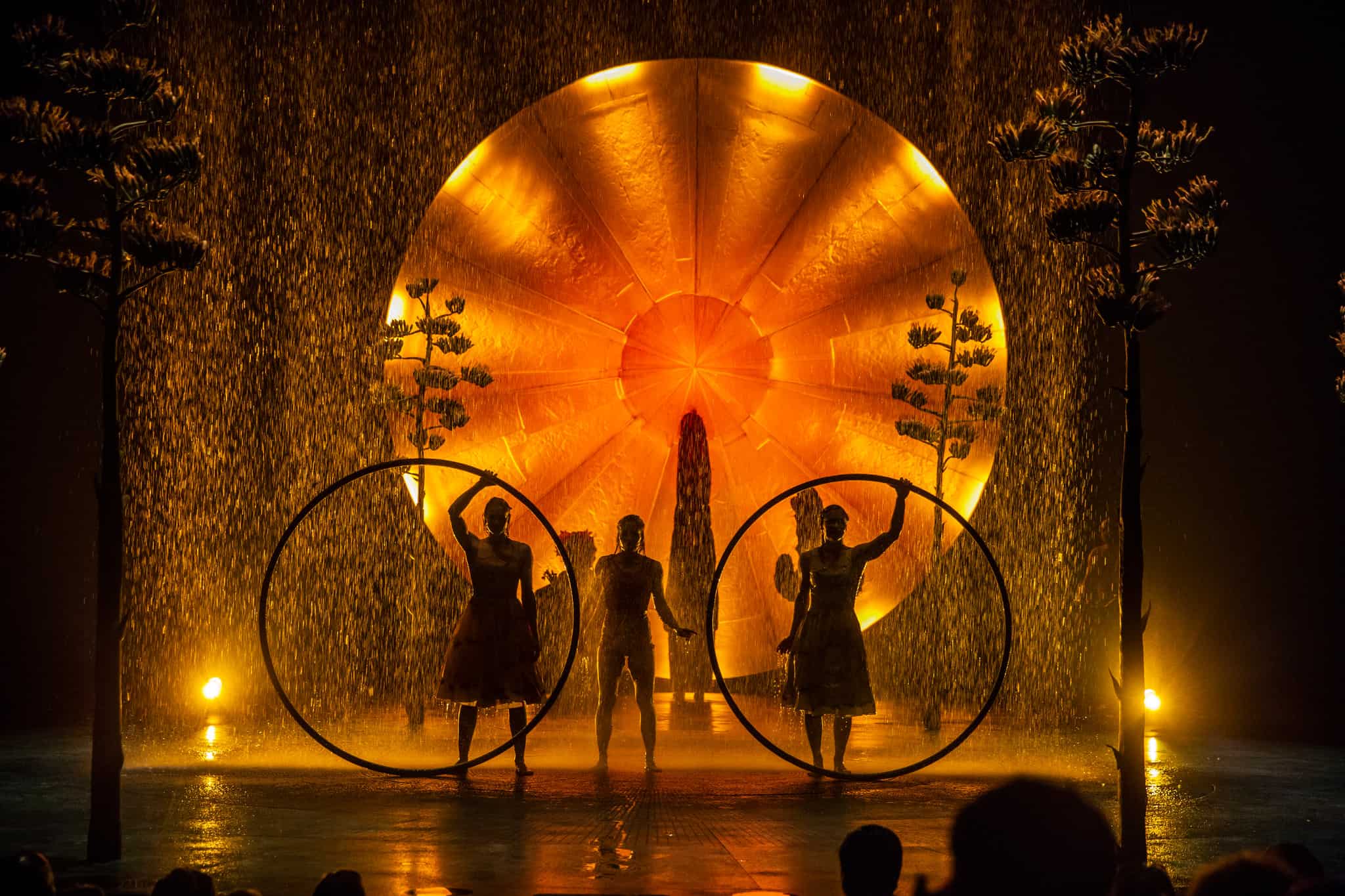 Behold Luzia – A Waking Dream of Mexico. A dream of the sort that traps the viewer in its surreal and beautiful landscape, making it impossible to imagine waking up. A cast of colourful characters illustrate the spirit of Mexico, and exceptional acrobatics and set design make this latest creation from Cirque du Soleil one to remember. 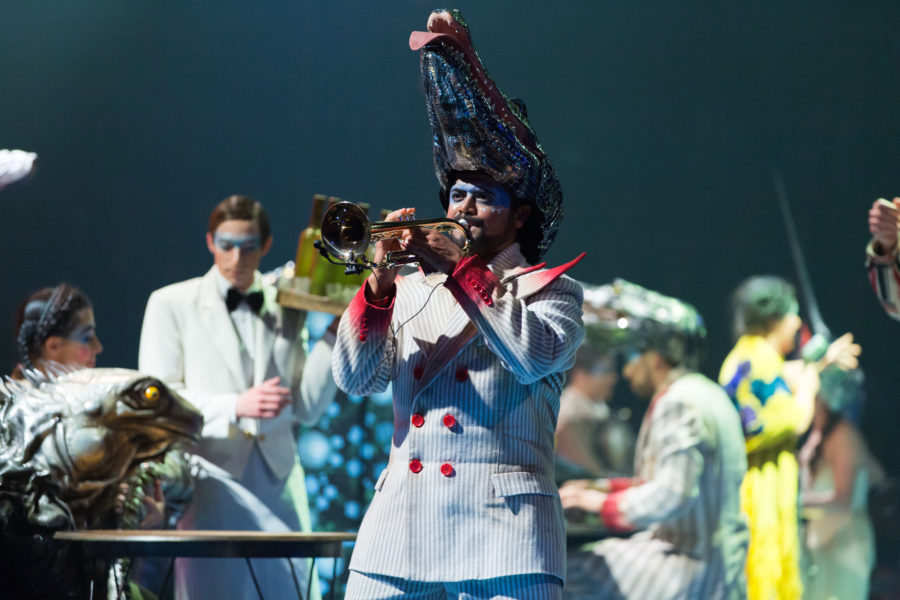 Luzia runs until the end of November at the Concord Pacific Place, only steps from the heart of Vancouver’s Stadium District. But any hint of the West Coast disappears when entering the “Big Top” tent, as the cold early winter air gives away to the sights and aromas of a Frida Kahlo-era Mexico.

Drawing heavily on the mythology and surrealism of Mexican identity, the story touches on better-known themes, like a duelling pair of football players performing deft show-stopping tricks and a Lucha Libre inspired swinging acrobat act. These give way to the more abstract elements like a woman with enormous, silken monarch butterfly wings attached to her back, acrobatics reminiscent of Salon Mexico’s golden age of cinema, and an interaction between the demi-god of rain and a fierce-looking puppet jaguar.

Luzia is Cirque Du Soleil’s 38th original production since 1984 and bringing the spectacle back under the Big Top instead of recent stadium performances is a deliberate move towards an intimate feel, best accomplished with a well-chosen storyline and vivid set design. What sets it apart from its predecessors, however, is its use of water on stage, a first for any of Cirque’s productions. 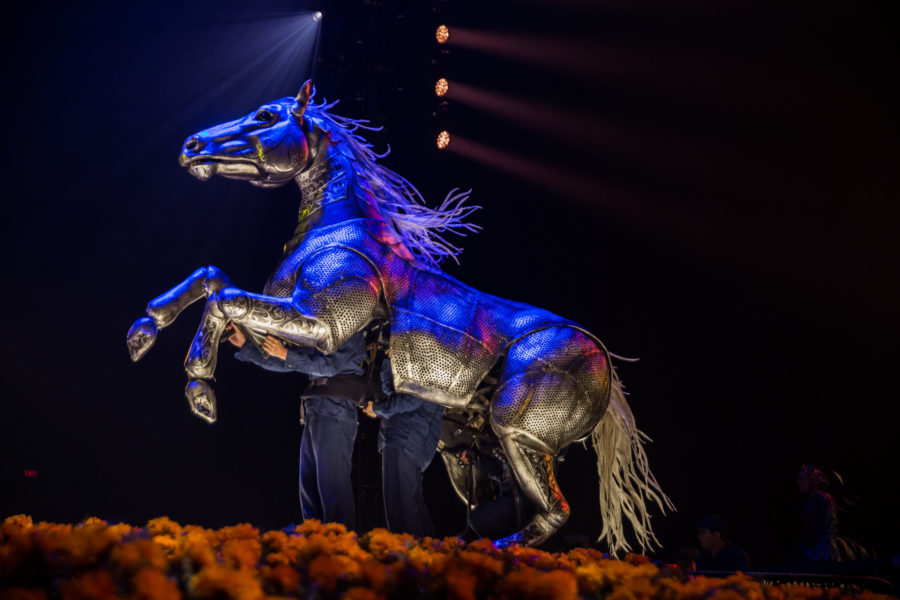 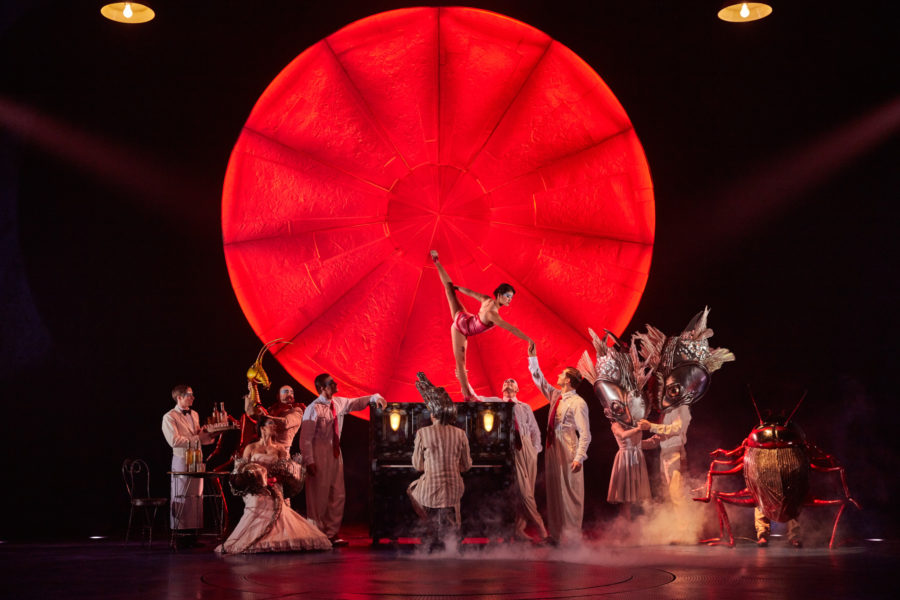 The production’s name blends the Spanish luz (light) with illuvia (rain). The illuvia comes as a cascade of water that falls onto the performers during particularly climactic moments before disappearing into specially built drains in the stage floor, making moments of the story even more unforgettable.

The stage is constantly changing as the sun gives away to the moon or fiery floodlighting, giving way to a space lit by hundreds of rotating candles. Twin giant treadmills change directions at a whim, and acrobats and performers adjust seamlessly to their ability to accelerate in a superhuman way, thanks to a little bit of help underfoot.

Human animals take center stage throughout the show, as fauna like iguana, swordfish, and jaguar flit in and out of the story. This comes from the Mesoamerican concept of nagual, which states that the spirit of an animal lives in every human being from birth onwards. Surreal moments arise from acrobats dressed as hummingbirds, who complete daring stunt despite costumed feathers and a beak that surely must get in the way. 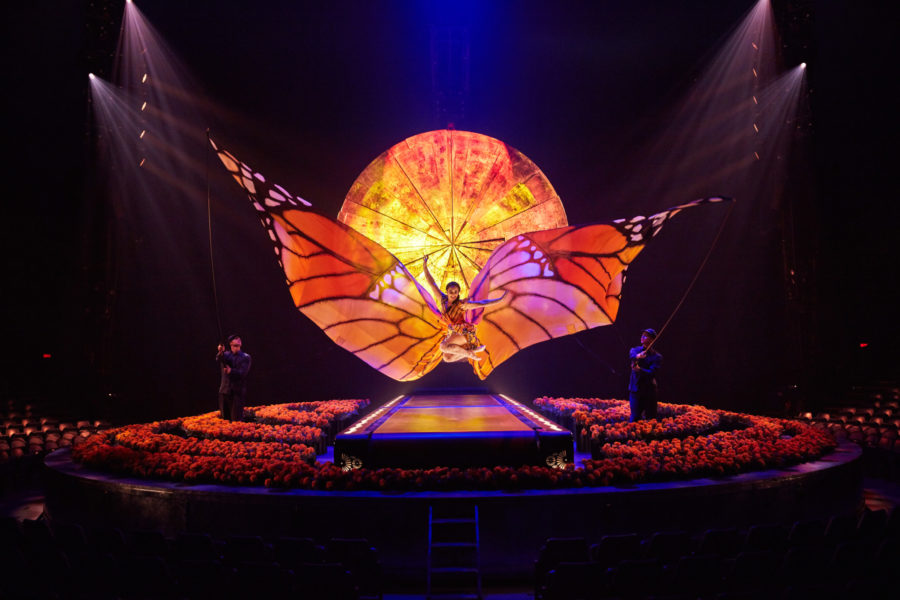 The Monarch Butterfly is especially important, given that the show was inspired by the insect’s incredible migration from Mexico to Canada. More than 90 percent of the butterflies that make this journey have disappeared in the past 20 years, and proceeds from Luzia ticket sales go towards the planting of milkweed, which is essential to the Monarch’s survival.

With so many themes throughout, it can be challenging to summarize Luzia with one concept. However, Cirque du Soleil organizers refer to monumentality as its single unifying idea. Even as the show becomes intimate in its temporary tented home, the performance showcases staggering beauty and a rich culture that is meant to be larger than life.

From the enormous disc that sees a transformation in light and darkness throughout the show to the billowing monarch butterfly wings behind a female protagonist, the hugeness of the experience takes the viewer’s breath away. Luzia shows that the best way to enjoy the circus is in its most storied way, animal-free and under a big top tent with the action unfolding right before your eyes.