In Hell’s Belly: The Story Behind the Our New Plantbased Blog 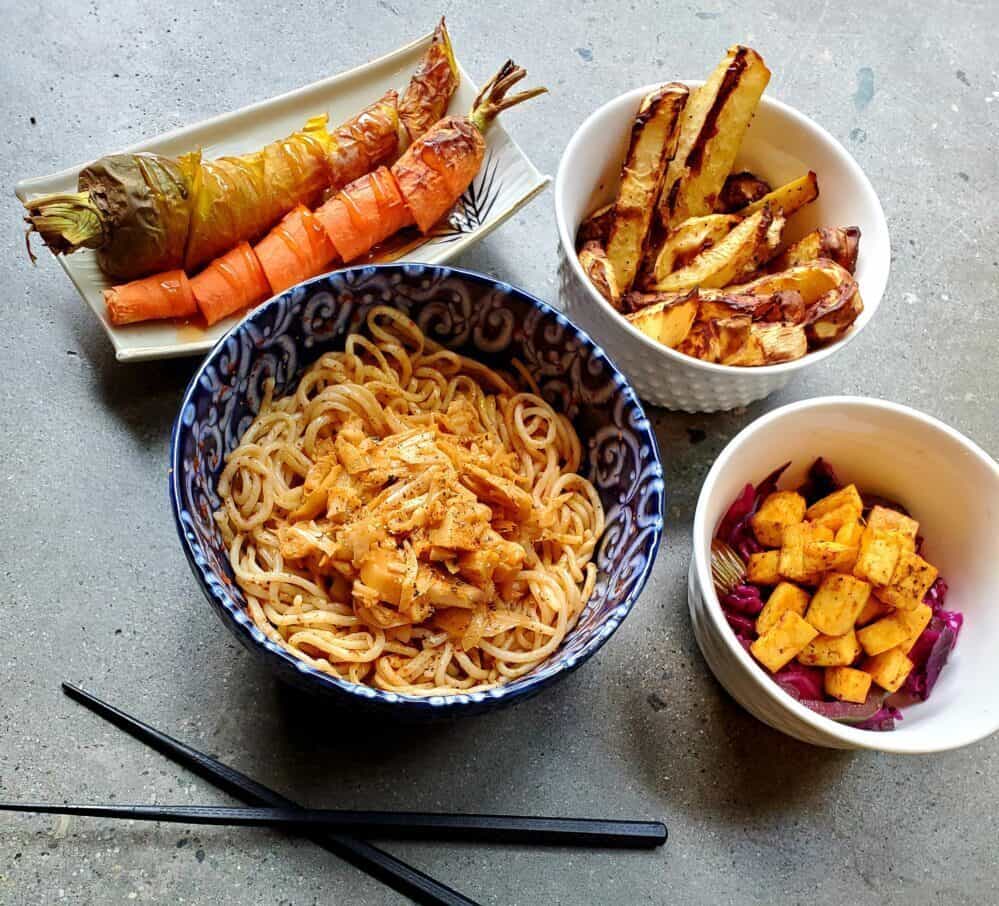 When seeking to create meals that are quick (15 minutes or less), tasty, and decently healthy, I used to be like an octopus. Arms flailing about, grabbing at anything that seemed edible in the fridge, and creating a ‘big bowl’ generously doused in salad dressing. Fast forward a few years, past founding Vit Vit Vegan (one of the Vancouver’s first plantbased meal delivery services using reusable containers), past being the meal-prep Queen to a King with three jobs, and my current reality as a 54-year old post-menopausal woman trying to keep middle-age weight gain at bay.

Why In Hell’s Belly?

There was a time and place, in the early 1990s when I was new to Vancouver and living with my first serious boyfriend when food became a very big thing. He was a bike courier by day and cyclist in the evenings and on weekends, where he competed with a pack of riders jockeying for a spot in the Tour de Gastown. Suddenly, he needed 3,000-5,000 calories per day, and it was my ‘job’ to create high-calorie carb-dense vegetarian meals and continuously feed him. I learned how to cook lentils, rice, oatmeal, potatoes, and pasta with two pots and a pressure cooker.

A few years on, we were hitch-hiking around Ireland and found an all-you-can-eat vegetarian restaurant across from a crumbling cathedral in Belfast. There were four giant bowls of grain-based hearty fare, scooped by the proprietor’s hands into big bowls. My boyfriend loved it, but, between chews, said ‘this place really needs soup. A nice hot soup to go with everything.’ He then said we should move from Canada and open a soup restaurant next door, across from the cathedral, and call it In Hell’s Belly.

The name stuck with me, and I carried to Graceland Nightclub and SMASH Gallery on West Pender, where it was used as the title of the only hanging of my art in the city before I retreated from the art world. It travelled with me until 1994 when I was inspired to begin publishing an underground magazine documenting local alternative culture. Published every 6-weeks, In Hell’s Belly Mag’Zine introduced me to a west coast that was culturally and musically thriving. Nickelback was writing their first album, Bif Naked was a woman on the verge, tattooing, piercing, and branding was blowing mainstream minds, Terminal City was the newspaper of indie-culture, and interactive DVDs were starting to catch on. Lollapalooza rolled through Cloverdale, and Michael Turner’s Hard Core Logo was about to become one of Canada’s greatest movies. It was an incredible time to be ‘media.’ But after 23 issues I shut it down. The city had changed, DJs had all but killed the live music scene, X-Files production consumed the city’s creatives, and tattoos weren’t so shocking anymore.

Back Where I Started (Kind of)

In 2020, I have come full circle and am once again a publisher, editor, and west coast champion of business. Along the way, there was a difficult relationship with food, but ten years ago, I graduated from vegetarian to vegan and found joy in living with awareness, compassion, and in the meals that I prepare for my family, including Snickers, our Greek rescue.

With this new incarnation of In Hell’s Belly, I will share my go-to meals ready in 15 minutes, 500 calories or less, and are not too serious. If you are someone who enjoys making their nut milk, soaking beans overnight, making a curry from scratch, or for that matter, has joined Facebook groups to access sourdough starter or learn about scoby growing, this is probably not the food blog for you!

Click here to check out #TheDeliciousDozen and the proteins that will feature prominently in upcoming blogs!